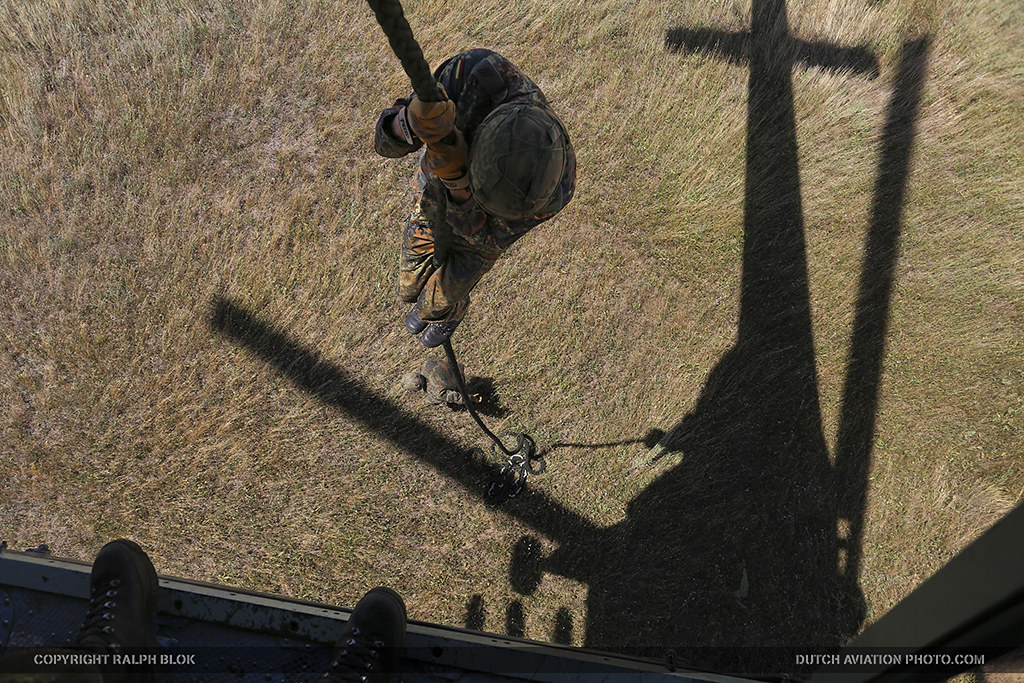 Helicopter exercise “Italian Blade 2015” – Viterbo Air Base, Italy
After three successful live-flying events hosted by Portugal from 2012 to 2014, the EDA-developed Helicopter Exercise Programme (HEP) has moved to Italy this year. More than 1000 military personnel and 30 helicopters from seven nations are taking part in Italian Blade 2015 that was held from the 22th of June to the 3rd July 2015.
The exercise was facilitated by the Italian Army Aviation (Aviazione dell’Esercito) in Viterbo, about 80 km north of Rome.Viterbo is often regarded as the home of the Italian Army Aviation and is focused around the Centro Addestramento Aviazone dell’Esercito (Army Aviation Centre). In addition to Italian ground forces, Germany also sent over 170 infantry personnel to take part in the joint missions, as integration of ground forces into the exercise scenarios will be one of the focuses of this year’s HEP exercise. Observers from Portugal and Latvia were also attending the event. 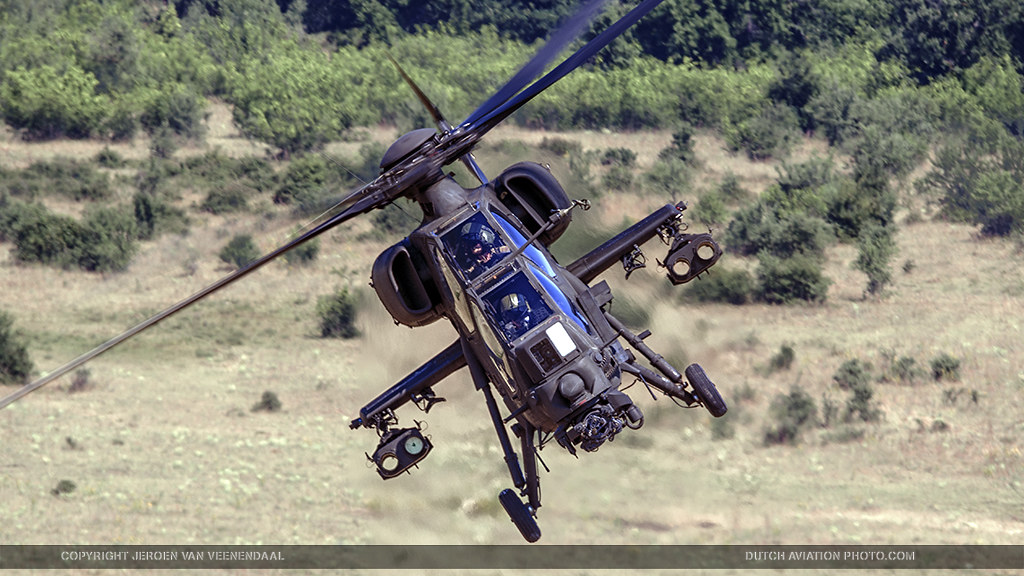 Exercise Italian Blade 15 was designed to expose helicopter crews to the training methodology and tactical knowledge of other NATO Member States. The exercise fosters common understanding and helps build trust amongst the European military helicopter community, which is key to the success of future multinational operations.
In the beginning of the second week of the exercise 2 press days and a VIP day were hosted. Team DutchAviationPhoto.com was at Viterbo during the press day and VIP day as well. During these days we had the possibility to fly with the Hungarian Mil Mi-17 “Hip” and also with the CH-47F Chinook helicopter.

OVERVIEW
Italian Blade 2015 was delivered by the Italian Army Aviation as a Multinational Helicopter Exercise organized under the framework of the Helicopter Exercise Programme (HEP). The HEP is one of multiple projects undertaken by the European Defence Agency to increase the overall availability of European military helicopters, such as the Helicopter Tactics Course (HTC) or the Helicopter Tactics Instructor Course (HTIC).
These efforts demonstrate that at very low-cost, quick operational benefits can be yielded. Exercise Italian Blade 2015 was designed to allow European helicopter crews to train together by adopting joint procedures and operating as a joint/combined Task Force in crisis response operations simulating a challenging, realistic and dynamic scenario. Besides the focus on flying in demanding environmental conditions, the exercise was been developed to implement “Joint Interoperability Training” and efforts should be made to maximise integration of joint interoperability tasks, including:

AIMS AND OBJECTIVES
The aim of Italian Blade 2015 was:

The exercise was to involved forces deployed in a friendly and recent pro-democracy state, where they will encounter opposition from insurgent forces with a scenario reflecting military operations other-than-war (MOOTW). The Helicopter Aviation Regiment was been tasked to perform several combat, combat support and combat service support operations, acting in the assigned area of responsibility under the authority of a Regional Command (Brigadelevel). The scenario was helping simulate EU Crisis Management Mission, endorsed by the UN Security Council, where an EU Combined Joint Task Force was supposed to be deployed. 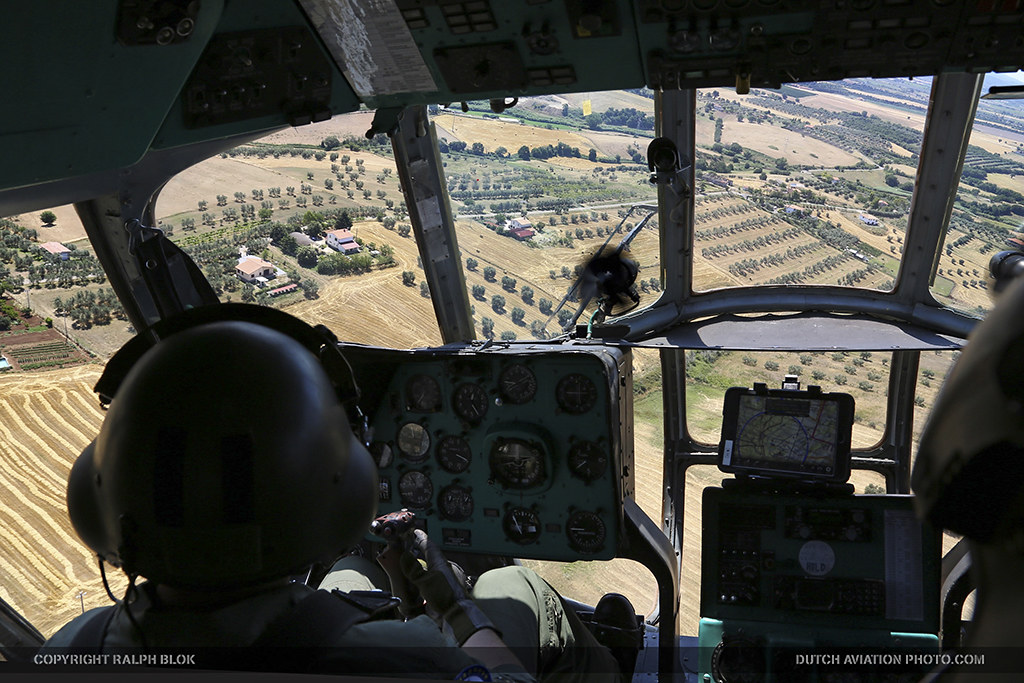 EXERCISE CONCEPT
The exercise was to deliver tactical training over two weeks, offering participants a unique opportunity to plan and execute missions within a joint combined framework. One of the main challenges was to ask participants to integrate capabilities rather than simply de-conflict operations. The exercise was been developed on a building blocks design, starting with cross-training activities on small Combined Air Operations (COMAO) missions, in order to build a mutual understanding of each participant’s equipment and standard operational procedures.
The complexity of the missions will increase over time. Italian Blade 2015 was based on commonly-agreed SOP (Standing Operating Procedures). During the Italian Blade 2015 planning phase, the SOP were completely reviewed to reflect lessons learned during previous HEP exercises as well as recent operational experience. Staff personnel from the participating nations will be embedded in the exercise’s Command & Control structure and hold intelligence, operations, logistics or liaison positions.

MENTOR TEAM
During Italian Blade 2015, a mentor team of six instructors from Germany, the Netherlands, Sweden and the United Kingdom were supported multinational crews in the preparation and execution of the challenging COMAO missions. This year’s edition of the HEP exercise will introduce the position of Chief Instructor, an active-duty UK Royal Air Force Squadron Leader who will manage the mentor team to ensure consistency of the output and proper exchange of lessons learned during HTC and HTIC events. This link between HEP, HTIC and HTC ensures involvement of qualified instructors in all three parts of the “triangle”, what contributes to an increased exchange of knowledge, as well as to the establishment of a standardized European wide training pipeline. Additionally this interaction is providing the opportunity to use the HEP for the evaluation of the participating units, as executed by some of the participants on a purely national basis.
The next exercise in the HEP is planned to be held in Finland in 2016. 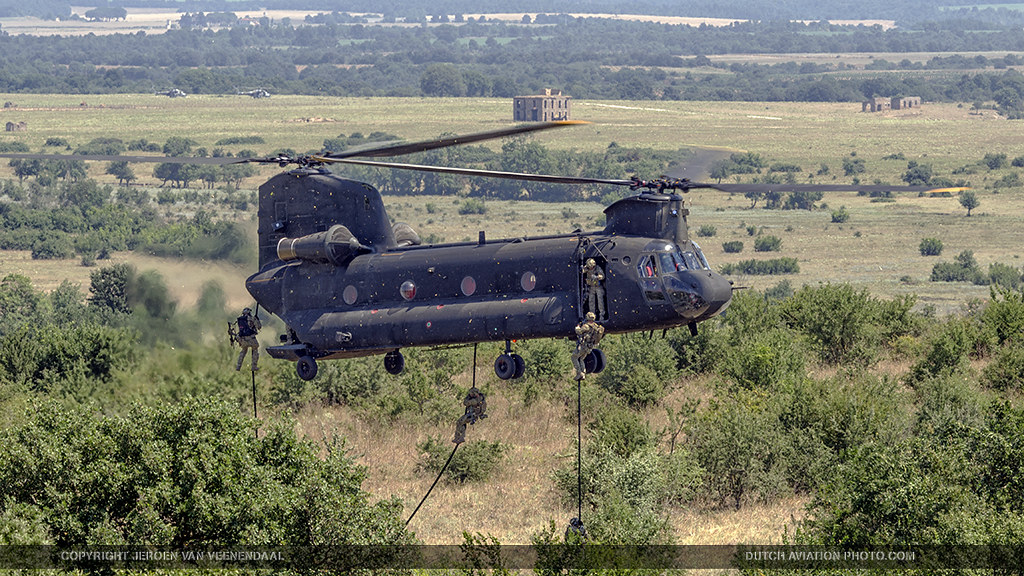 THANKS
We would like to thank te following people for all their help in completing this report and all the possibilities during IB’15:
Lt. Col. Emanuele Pappolla
Col. Massimo Meola
Gabriëlle Rigon
Carla Brocolini