The European Defense Agency (EDA) has developed a global approach to AAR in Europe. This involves three objectives: increasing the overall AAR capacity, reducing fragmentation of the fleet, and optimizing the use of available assets. This approach was implemented for training in close cooperation with the European Air Transport Command (EATC), who jointly developed and organized EART.
The 2014 edition of EART consisted of 3 participating nations. Their goal was to familiarize with each other, and take a look in each others kitchen as Major Frohlich puts it. Having so many tankers in one exercise, and to couple this with exercise Frisian Flag makes it a rare opportunity to exchange experience.
In the 2015 edition, 4 nations participated because France was added to the list of participants. The goals were set a little higher than 2014, and academics were introduced to the program. The concept of harmonization in air-to-air refueling was further developed, and will be a focus point in years to come.
Control over the tanker missions was provided from an air-to-air refueling cell at Leeuwarden airbase. A lot of planning is involved in every mission. The course of the aircraft, the points of contact, how many kilo’s of fuel and the procedures all have to be planned in advance. However, experience from the USA is also being implemented in the planning, so not everything has to be built up from scratch.
A lot of other work on certifications is to be done as well, but will happen separate from the exercise. Certifications are now still limited because before a tanker is certified to refuel a certain type, qualifications and test flights have to be carried out..
For instance, the Italian KC-767 who is able to refuel all the aircraft participating in the exercise, is limited to refueling the F/A-18 Hornets only because of the certifications the Italian Air Force has for the KC-767.
Over the course of the event, 56 sorties were flown by the tankers which conducted over 240 contacts with receiver aircraft. These included F-16s, F/A-18s, F-15Cs and Eurofighters. 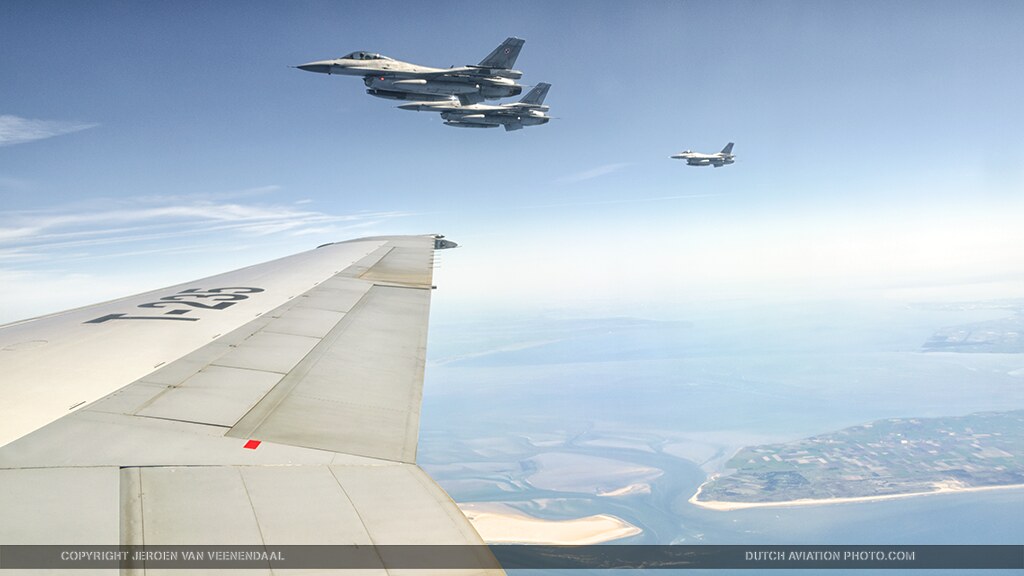 In February 2014 the EDA requested information from Boeing for the KC-46 and to Airbus for the A330 MRTT. In December 2014 the EDA announced to start a sole source procedure with Airbus for four A330 Multi Role Tanker Transport aircraft. In April 2015 the request for proposal about acquiring the Airbus A330 MRTT tanker aircraft will be sent to Airbus. At least 4 of these aircraft will be purchased and to be based on Eindhoven airbase. The future MRTTs will be kitted out with both boom and probe-and-drogue refueling systems to establish interoperability. The A330 MRTT is already operational with the Australian, UAE, Saudi and Royal Air Force, while the French Air Force has them on order to replace their C-135FR.  The RNLAF 334 squadron will be transformed in a multi-national unit hosting these aircraft. Forward Operating Bases will be in Poland and Norway, but Eindhoven will be the primary air to air refueling base. In the year 2020 the RNLAF KDC-10 fleet consisting of 2 aircraft from the RNLAF will be taken out of service.
We want to thank Capt. N. Thomas (EATC) and 1st Lt. D. Hoeflaken (PAO Eindhoven Airbase) very much for giving us the opportunity to make this report.